As an Amazon Associate this post may contain affiliate links which means I receive a small commission for purchases made through links.

Most people think of all portable generators as being nearly identical to one another, at least as far as their utility.

These units are designed to produce electricity when traditional sources fail – using alternative fuel sources and helping us keep our lights on, our HVAC systems running, and giving us enough juice to operate all of our important appliances.

But what about some of the more sensitive electronics we own like our computers?

Are we running a risk plugging our computer into a power strip that has been hooked up to a generator?

Find out the answers to these questions below!

What Do I Need to Know About Using a Portable Generator to Power a Computer?

Right out of the gate, you should know that the power produced by portable generator is not always identical to the power that normally gets delivered into your home.

But the energy source that is being delivered to that power strip (and then into your computer) isn’t exactly the same.

That’s because these generators are pushing out a different kind of energy, one that fluctuates, is anything but uneven, and can surge at any time to push serious voltage fluctuations through your devices – frying them in the process.

Are Portable Generators Safe for Sensitive Electronics Like a Computer?

Portable generators can be made safe for usage with more sensitive electronics like a computer if you do a couple of different things first.

For starters, you’re going to want to try your level best to invest in inverter style generators – those that have the ability to produce a pure sine wave or a square wave.

You’ll still want to use a power surge protector (something we highlight a little more in just a moment), but the energy produced by these generators is much safer for your sensitive and delicate electronics.

There’s a lot less to worry about connecting a computer to a sine wave inverter generator than there is an old diesel generator pumping all kinds of juice through the system.

Do Portable Generators Have the Power to Run Computers?

Portable generators definitely have more than enough energy to power a computer, as long as you’re not using some old-school handcrank operation, anyway!

The problem is that some portable generators (especially those designed for whole house backup power) may produce too much energy for your computer!

You’ll definitely want to be sure to read the owner manual on your portable generator before you start hooking up any delicate electronics.

You have to be sure that the voltage and the amperage will not cause any problems, but you also need to make sure that you’re not going to be pushing a ton of energy directly to your core components, either.

What’s the Best Way to Use a Portable Generator with a Computer?

The best way to use a portable generator with a computer is to run a power surge protector from the generator itself, only after making sure that it is an inverter generator that produces a clean and consistent sine wave.

This is as close to “normal” power for your computer as you are going to get.

The sine wave system emulates the natural AC signal that normally comes pumping out of your walls. You can hook up with real confidence that way.

Having that surge protector adds an extra layer of protection, too. It might not even be a bad idea to “double insulate” your computer from surges that portable generators are notorious for with a second power strip with PSU protection plugged in as well.

Obviously, make sure that you aren’t running a bunch of sensitive and delicate electronics off of the same power strip, though.

The last thing you want is a single point of failure that fries all of your valuable electronics in one shot.

There are many different types of portable inverter generators on the market today. The one that you choose for your computer will depend on a number of factors, including the size of your computer, the amount of power you need, and your budget.

With that said, here are some of our top picks: 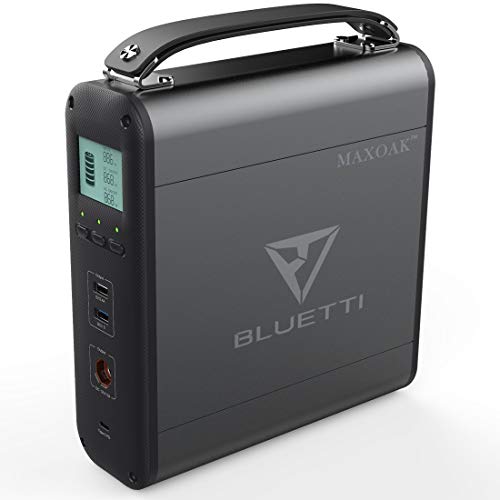 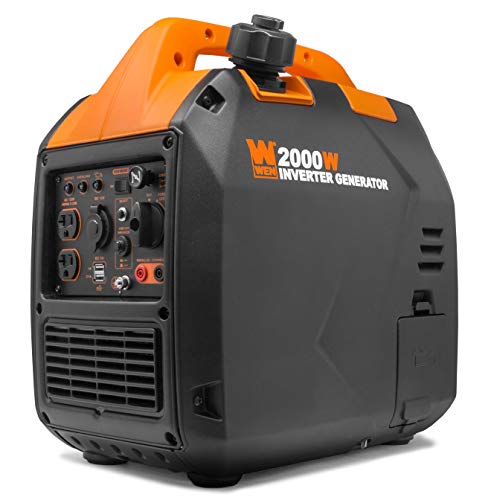 Using a Portable Generator to Power a Computer: Wrap Up

Portable generators are a great way to power your computer in case of an emergency. All you need to do is make sure the generator is a sine wave system made safe for sensitive electronics like computers.

Also as an alternative, you may want to look into a solar power setup your laptop for maximum portability.

Thats all you need to know to power your computer with a portable generator safety.